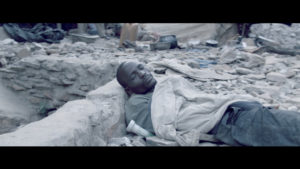 In this time of self-quarantine the Ojai Film Festival presents frustrated moviegoers with a new online film series. “Festival Highlights” launches Friday, May 22 and continues through June 26 with two to three films released each week. The films then remain available for viewing for FREE on the festival’s website until July 17.

In its twenty-first year the Ojai Film Festival holds fast to “Enriching the Human Spirit Through Film” as its guiding principle. During this global pandemic people’s moods need elevating more than ever. With this gift of independent films the festival offers entertainment to those sheltered safely with their loved ones.

“Like most Americans the majority of our festival patrons are now confined to their homes, with online video as one of the few cultural resources available,” Artistic Director Steve Grumette said. “So, we decided to offer, as a free service to our community, online access to some of the films we screened during our 2018 and 2019 film festivals.”

Friday, May 22
Angkor Awakens (We apologize that we’re unable to bring you Angkor Awakens due to circumstances out of our control.)
Ay Mariposa

Friday, May 30
Aleppo
Nobody Dies Here
April in Autumn

Friday, June 19
Vice
The Root of Happiness
After Parkland

Friday, June 26
The Lightkeeper
A Great Ride
The Vow From Hiroshima

The Ojai Film Festival takes pride in presenting a wide array of distinguished motion pictures otherwise inaccessible to its audience. The benefit extends to filmmakers, many of them beginning their careers, by providing them with enthusiastic viewers for their creative efforts.

At this time the 21st Ojai Film Festival remains scheduled for November 5-15. “We hope the COVID-19 Pandemic will have sufficiently subsided by November that our event can proceed as planned,” Grumette said. “Should it turn out it’s still unsafe to hold a live event in November, we, like many other film festivals, are exploring various options.”

What time? How do you see these movies? What’s the address?

They’ll appear early in the morning on each Friday for the next six weeks. Watch Festival Highlights here: https://ojaifilmfestival.com/category/festivalhighlights/

Thank You to Our Sponsors! 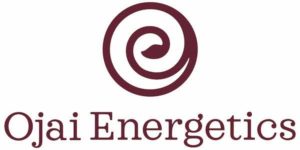 During this time of Cronavirus the Ojai Film Festival decided to make our “Festival Film Buff” available for use as a convenient mask. This one-piece fabric has a multitude of uses (see the picture below). Read more…

The Ojai Film Festival, ranked as one of the top 100 Best Reviewed Festivals on FilmFreeway, continues to grow in prestige as one of the country’s premier destination festivals. The 10-day festival, November 5-15, showcases Read more…